PKU GOLIKE® is a brand new generation of medical food formulas for oral use consisting of a prolonged released amino acid (AA) mixture without Phe (with or without vitamins and minerals), providing a physiological absorption of the AAs as well as a remarkable masking of odor and taste, while minimizing the unpleasant after-taste typical of free AAs.

The large attendance at APR’s sponsored satellite symposium “Physiological Absorption of Amino Acids: Rationale and Expected Benefits”, involving renown international experts in PKU, represented the ideal occasion to divulge details regarding PKU GOLIKE® and the Physiomimic TechnologyTM . During the symposium, it was highlighted how this drug delivery technology can effectively prolong the release of the amino acids (AAs) and support their physiological absorption.

In particular, a study in human subjects demonstrated that significant reductions of the AAs absorption peaks were obtained with PKU GOLIKE®, when compared with the same AAs mixture without the application of the technology. The reduction of the absorption peaks, associated with a similar bioavailability of the AAs, allows reducing AA fluctuations in favor of an improved efficiency in the use of AAs.

The same cross over human study also demonstrated a reduction of Phe fluctuations over time, deriving from body metabolism of the study subjects receiving Phe-free PKU GOLIKE® in fasting conditions, with respect to the fluctuations measured when free AAs were consumed.

Overall, the scientific data of PKU GOLIKE® presented at this meeting open new avenues for research in nutrition, aimed at providing data useful to patients to improve the efficiency of the dietary management of their disorder.

Throughout the lifetime of the event, APR’s staff has been very busy at the company booth with welcoming a high number of physicians from all over the world eager to gather more information about PKU GOLIKE®. Visitors’ questions regarded, in particular, the patented PhysiomimicTM Technology – how it works and the benefits of its application to the innovative amino acids mixture. They also had the chance to get to know PKU GOLIKE® range, made of three different AA mixes suitable for PKU patients of different ages, as well as to experience the special coating micro granules containing the exclusive formulation of AAs.

Physicians and dieticians who tasted the product were extremely surprised to find out how the Physiomimic Technology™ is actually able to remarkably mask the unpleasant taste and odor of AAs, thus being confirmed on the extent of this significant advantage for PKU patients’ compliance to dietary regimen.

The venue offered also the opportunity to arrange several meetings with potential business partners, who could appraise the extent of the company innovation appeal and be informed about APR’s projects in the inherited metabolic diseases.

“We are very pleased by the positive reactions of the medical community to our innovation. As father of a PKU child, I was quite conscious of the clinical and nutritional gaps in PKU management still unresolved. We decided to apply our deep know-how in drug delivery technologies and systems to offer to PKU patients’ a new treatment option, the benefits of which are confirmed by the preclinical and clinical data generated so far.” said Paolo Galfetti, CEO of APR Applied Pharma Research. “Now, we look forward to take to fruition of PKU patients and care givers this innovative product line and to further support our innovation by generating additional scientific data in the coming future”. 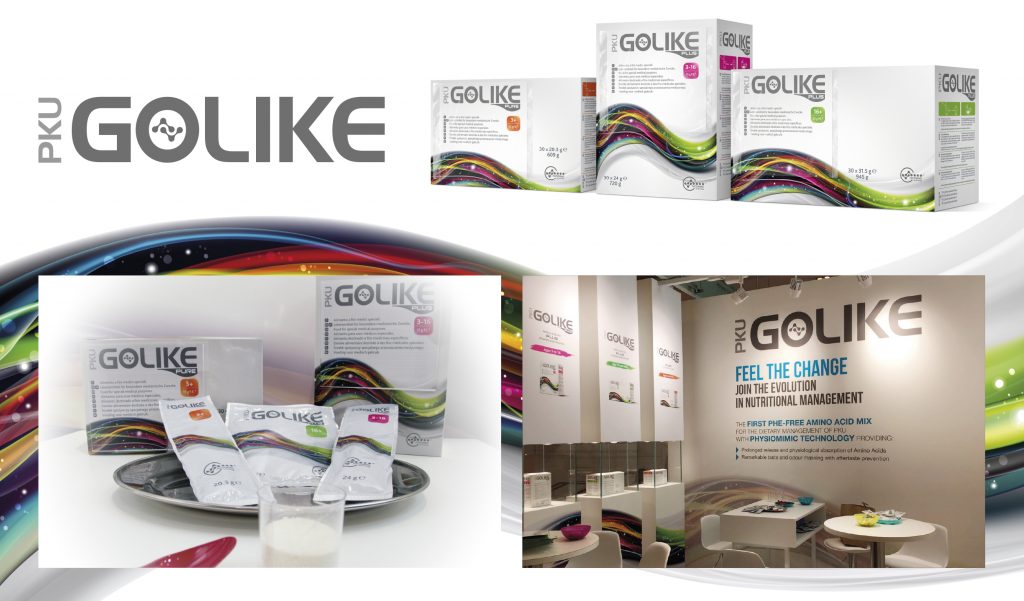 About Phenylketonuria or PKU

Phenylketonuria or PKU is a rare, genetic, recessive metabolic disorder affecting about 50.000 people worldwide. PKU is characterized by the deficiency or the malfunctioning of a liver enzyme needed to process phenylalanine (“Phe”), an essential amino acid found in most protein-containing food. Excessive amounts of Phe in the bloodstream become toxic to the brain, impairing the normal development of the central nervous system. If not properly treated, PKU leads to severe, non- recoverable mental retardation and major cognitive disabilities. PKU can only be treated through a strict, life-long, low-protein (low-Phe) dietetic treatment combined with a daily assumption of low- protein modified foods and medical food, which provides Phe-free amino acids and other important nutrients, needed due to the dietary restrictions of PKU patients.

APR is a Swiss, independent developer of science driven, patent protected healthcare products. The Company identifies, develops and licenses, value added products designed to address patient or consumer needs in niche or rare therapeutic areas on a global basis. In particular, APR’s business model is currently focused on two pillars: (i) internally developed and financed (alone or together with co- development partners) proprietary, value added products to be licensed to healthcare companies for their commercialization, and (ii) support to third party projects by offering added value R&D services under contract and fee for service arrangements. APR has a balanced pipeline of revenue generating branded products marketed in all major markets, combined with a compelling pipeline of products at different stages of development. APR has entered into licensing and partnership agreements with pharmaceutical companies in over 70 countries, with international sales on a worldwide basis.