Farma Industria Ticino, the association of chemical and pharmaceutical industries, is a private organization founded in Lugano in 1980 with the name ATICEF.
The chemical-pharmaceutical industry in Ticino is of relatively recent date. In fact, with a few notable exceptions, the majority of companies started their business after the Second World War. The pioneers, some of whom are still active today, were above all chemists, pharmacists and doctors – mostly from the Ticino canton – who were intent on developing and commercializing their product, composition, or prescription. They were for the most part technicians who carved out the new road with businesses which were essentially artisanal in nature.

A second group of companies and consequently a new phase of evolution came on the scene around 1960, a phase in which the entrepreneurs’ outlook underwent a transformation from artisanal to industrial. These businessmen who had been present at the origins of the sector, and whose background was essentially of the technical sense, were now flanked by companies who were equipped with a stronger and more professional outlook towards sales.

Starting from the mid – 70s, both types of companies were able to, in an analogous way, establish themselves and to consolidate their organizations. Capturing the sales markets, enlarging and renovating their production facilities, these companies underwent an enormous qualitative leap and in the process achieved their own clear image, which today is also recognized in a more scientific manner. The pharmaceutical industry of Ticino holds formulas and patents in both extraction and production which are registered world-wide. The latest phase of development started in the early 80s and still continues today – a phase which has had a considerable effect on the refinement of important industrial and strategic techniques. In this way, the past few years have brought enormous development and a constant and regular growth to the industry. While on the one hand there is a steady stream of original new products being introduced to the market, which are often due to the recent yet efficient and dynamic activities in research and development, on the other side is the growth in exportation, increasingly improving the competitive edge of the firms. The companies of the Ticino canton are active in the pharmaceutical field (pharmaceutical products, organic and inorganic substances). From a qualitative point of view, the products of the chemical-pharmaceutical field in Ticino meet the criteria of GMP (Good Manufacturing Practice). Evidence for the dynamism of the sector can be shown by the fact that the majority of its sales takes place abroad. While sales are primarily concentrated in Italy and Germany, exportation is also carried out to more than 120 countries throughout all five continents.

This is proof not only of the originality and quality of the products, but also of the efficiency of the sales and marketing departments of the firms. At the cantonal level, the chemical-pharmaceutical sector is particularly notable for its considerable annual investment rate and for the distinctions which it earns for its high level of professionalism and creativity. Farma Industria Ticino is associated with AITI in Ticino, its reference association for the industrial sector and collaborates with the leading Swiss associations in the chemical-pharmaceutical field. 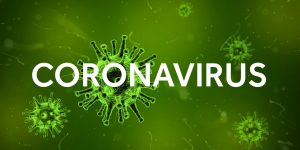